Catching Tuna in the Right Way in the Philippines

We’ve been wet and cold for 12 hours, looking for Yellowfin tuna. Around us, three other vessels are using their powerful strobe lights to turn night into day. Everyone furiously pumps circular hand-reels, hoping for a bite. The reels are occasionally exchanged for long-handled nets, used to pluck out fast-moving squid lured by the light. It’s a colourful carnival in the middle of the sea. The first tuna we land is a sleek 36 kilo Yellowfin. We quickly reel in another. Both fish are hauled aboard using sustainable methods these fishermen have adopted with support from the World Wildlife Fund (WWF). They're then carefully stowed in an ice-box. We head back before the sun rises, the night’s fishing done.

One of every five tuna taken from the sea is caught in the Coral Triangle, a six-million kilometre expanse which covers the waters of the Philippines, Indonesia, Malaysia, East Timor, Papua New Guinea and the Solomon Islands. The region generates 40% of the Western Central Pacific’s total tuna catch and employs millions of people, fuelling the economies of several nations. 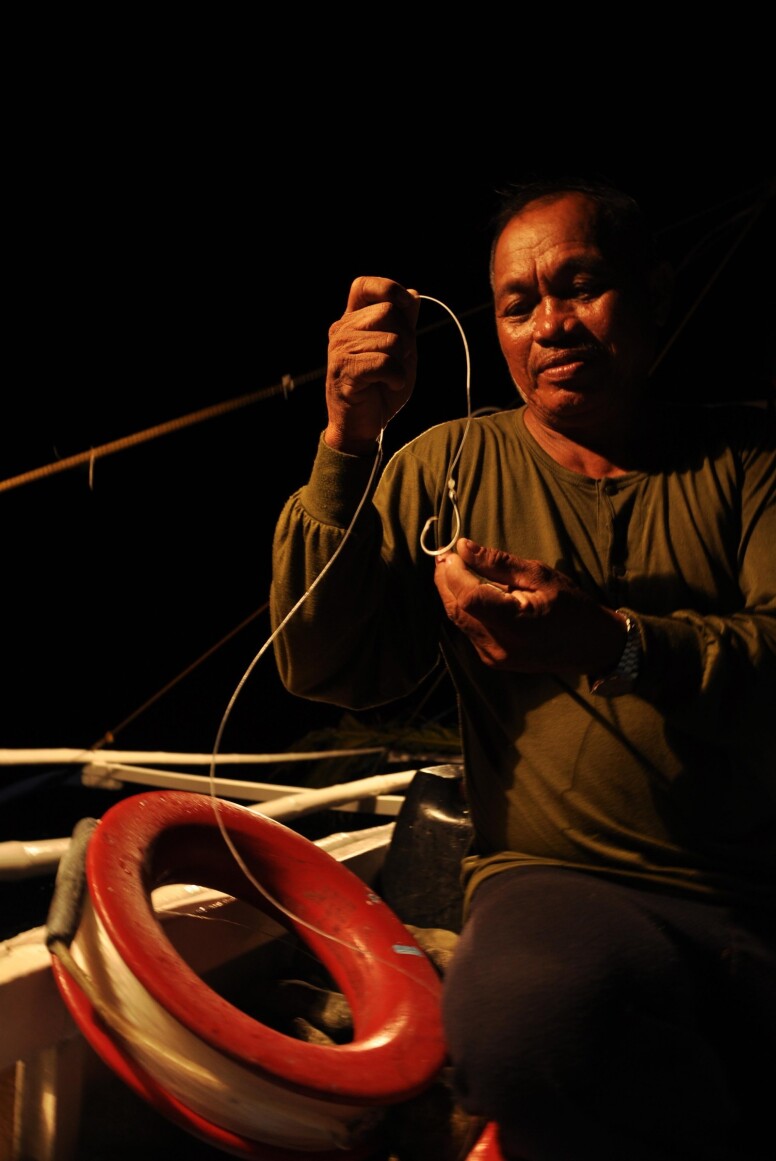 Next to Indonesia, the Philippines is Asia’s largest tuna exporter. In 2010, it was the Western and Central Pacific Ocean’s 7th best tuna generator. The country shipped 106,449 metric tonnes of prime-grade Yellowfin, Big-eye, Skipjack and other forms of tuna to the United States, United Kingdom and Germany in 2010. About 52% of the country’s fish exports come from tuna, which are still abundant in Mindoro, Ilocos Norte, Negros and Sarangani. However, rising demand coupled with decades of intensive fishing threatens the country’s tuna stocks. “Unless we closely manage and protect remaining populations, our tuna industry might collapse,” warns Joel Palma, Conservation Programmes Vice-president for the World Wide Fund for Nature (WWF-Philippines). Moving proactively, WWF launched the Public Private Partnership Program Towards Sustainable Tuna (PPTST) in 2011 to improve Yellowfin tuna management practices for 5000 fishers in 112 tuna fishing villages around the Lagonoy Gulf in Bicol and 28 tuna fishing communities in Occidental Mindoro.
PPTST harnesses market power and consumer demand to support sustainable fishing gear and methods such as artisanal fishing, hand-line reels and circle hooks. “Hand-line fishing is done aboard small boats. Fishers use single hooks to catch one tuna at a time. This ensures that only mature, high-quality tuna are caught while minimizing the problem of bycatch – unintentionally catching species which are usually discarded,” says Palma.
The deployment of revolutionary C-shaped circle hooks has also reduced sea turtle deaths by as much as 90%. “When turtles bite down on these hooks, they just fold inwards. Altering the shape of the hook was all that was needed to minimize turtle bycatch for tuna fishers,” adds Palma. The problem of bycatch wastes an estimated 40% of global hauls annually. 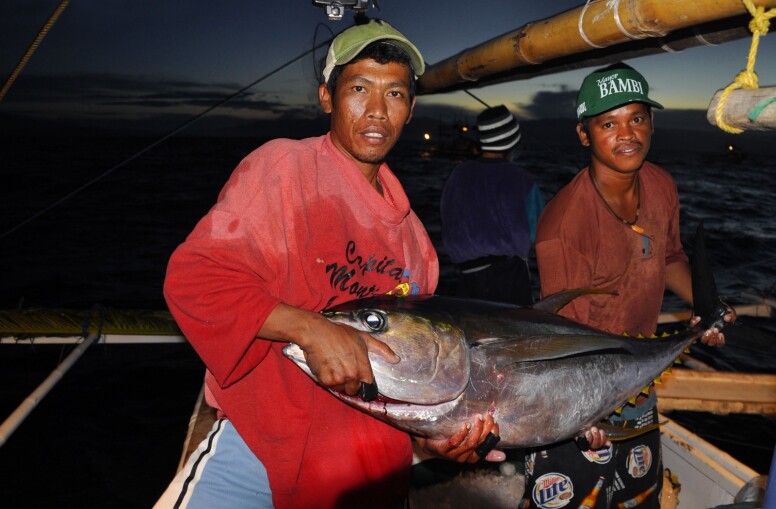 PPTST also works to improve meat handling practices. “All fish theoretically start as Grade-A tuna. Poor handling degrades meat quality. A fish caught just three hours before being sold can have Grade-B or Grade-C meat if it is badly bruised. Low-grade tuna sells for about PHP80 per kilogramme, while sashimi-grade cuts retail for up to PHP300 per kilogramme.

So far, PPTST has successfully organized municipal tuna fishers associations in all 15 LGUs in the Lagonoy Gulf plus six LGUs in the Mindoro Strait, spearheaded registration and licensing of tuna fishers, vessels and gear to minimize bycatch and illegal fishing, deployed 1000 tuna tags to make the fishery traceable, and completed a series of training sessions on proper tuna handling to ensure that exported tuna continually meet international quality standards.

“The secret is to add more value to tuna, rather than forcing people to fish more. We must secure quality tuna without seriously increasing fishing effort. We aim to reach Marine Stewardship Council (MSC) certification by 2016,” says Binondo. “Our goal is to ensure that our tuna stocks last for many more generations. Through the support of our allies and the hard work of artisanal fishers, PPTST strikes a balance between ecology and the economy.” 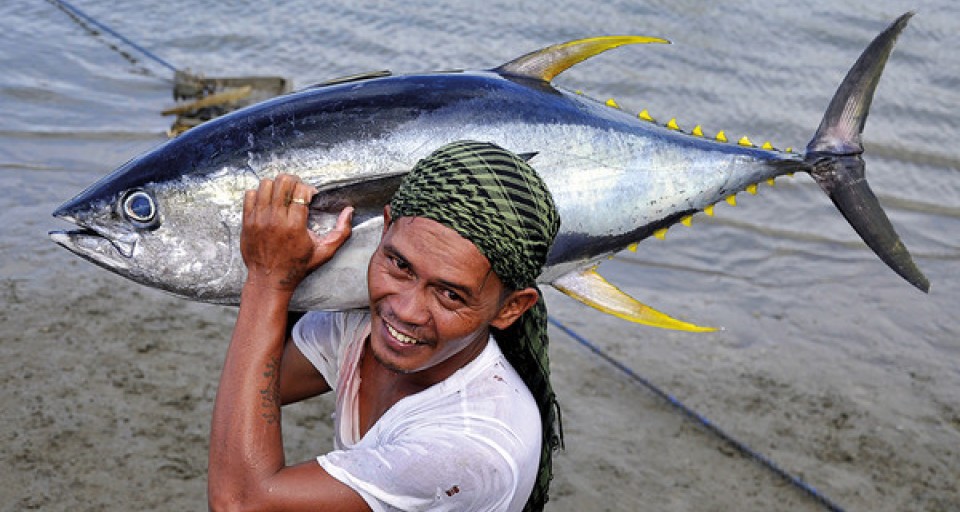